Two charts here from the 2025 Taskforce’s latest report, together with the Taskforce’s commentary on them. 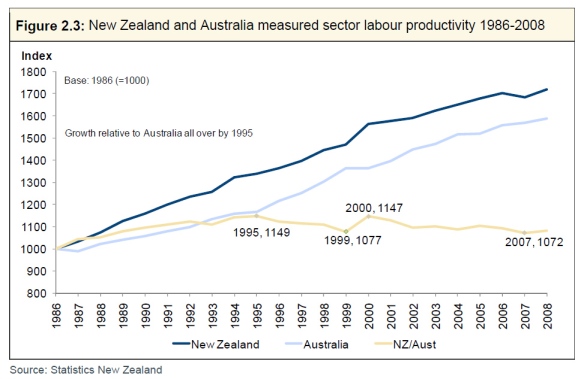 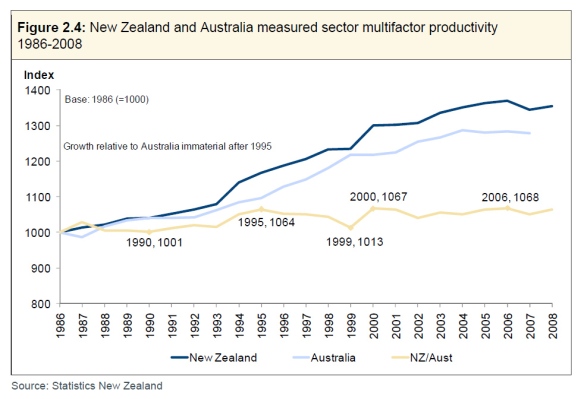 Figures 2.3 and 2.4 indicate that labour and multifactor productivity in the measured sector increased more in New Zealand than in Australia during the 1986 – 2008 period as a whole. However, it is also clear that New Zealand’s out-performance was essentially all over by 1995.  New Zealand has lost ground against Australia in respect of labour productivity growth since 1995, but notice that this was, initially at least, because growth in Australia accelerated. Since 1995, New Zealand has more or less held its own against Australia in respect of multifactor-productivity growth, although the growth rate in both countries has been minimal in recent years. But “holding our own” will not close the income gap with Australia.  To do that, New Zealand will need to generate a renewed focus on productivity, efficiency and growth.

Faster productivity growth isn’t the only thing that would close the income gap with Australia – higher workforce participation would also help – but it is the most important thing.