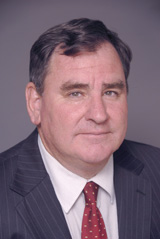 It was with deep sadness that I learned of the sudden death of Graeme Hunt today. Graeme was a widely-respected author, historian and journalist, and a tireless campaigner for electoral reform in New Zealand.

He was also standing as an independent candidate for the Albany ward of the new Auckland Council and was reportedly leading in the polls.

Graeme was passionate about New Zealand history and one of our foremost business historians. He was a walking encyclopaedia who, while chatting, could go into extraordinary detail about a huge variety of topics including long-forgotten people, places, organisations and issues.

Together with Peter Shirtcliffe, Graeme founded the Put MMP to the Vote lobby group and it’s extremely sad that he won’t be here to see the outcome of the referendum at next year’s election. Graeme wrote the book on Why MMP Must Go and has been a commentator on the subject since before the system was implemented. I greatly admired his tenacity in this regard – a largely thankless task that he pursued relentlessly because he believed New Zealand would be a better place without MMP.  Those of us who share that view should, in Graeme’s memory, redouble our efforts to make the case for change.

Graeme was an award-winning journalist and former editor-at-large of the National Business Review. The NBR reported his death this morning.

I’ve lost a good friend and a much respected colleague, and New Zealand has lost one of its most talented and public-spirited journalists.

My sincere condolences go to his wife Saluma and his son Robert and daughter Ellen.